NOSiNews
Update and Renewal of the Protocol for the Provision of Services to the Entities of Direct State Administration
By:
Orlando Tavares 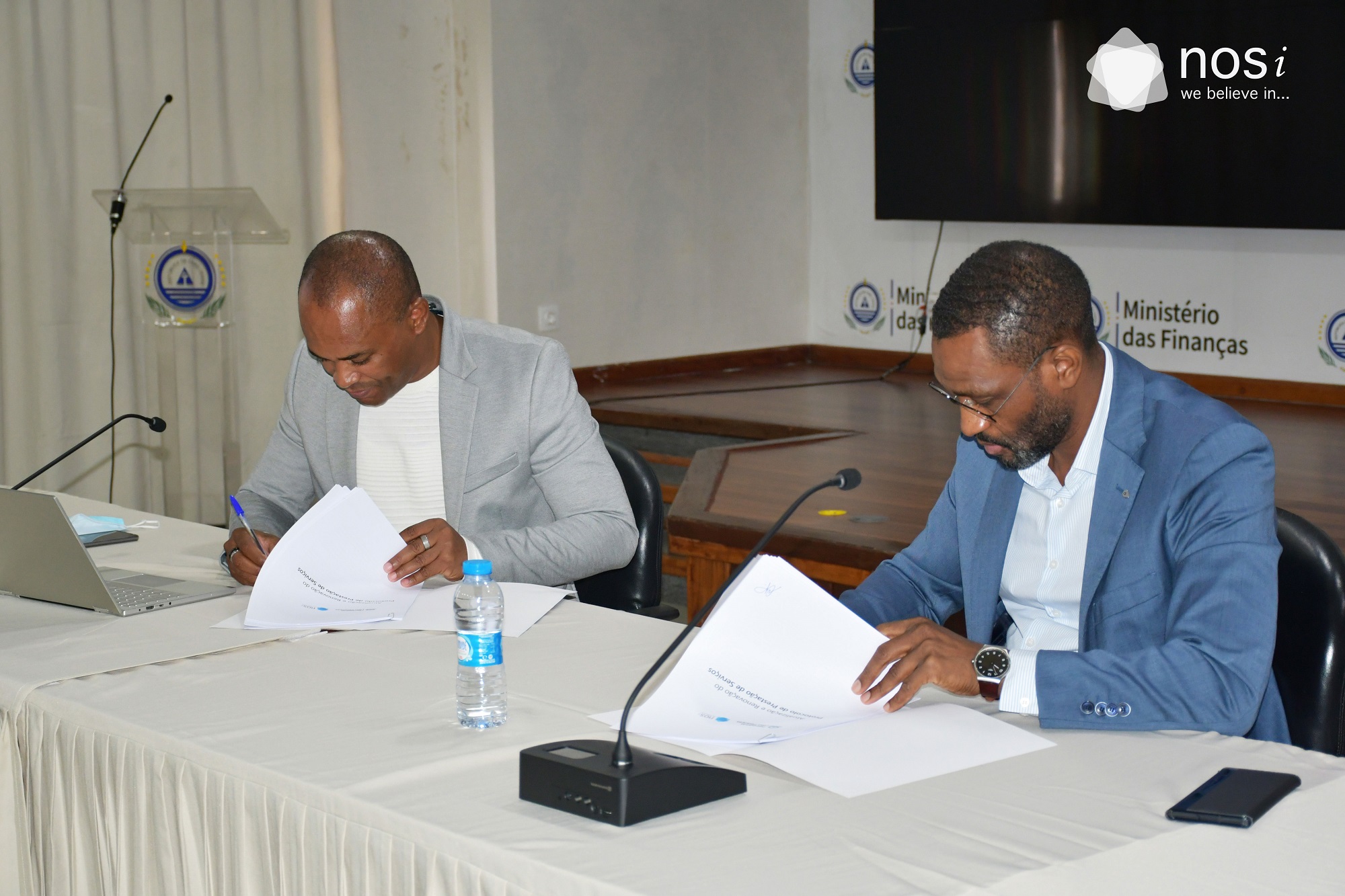 Due to the new and important requirements of the country's digital transition, whether in cybersecurity or the new development framework model and interoperability architecture, the Ministry of Finance, represented by the Director General of Planning, Budget and Management, Carlos Rocha de Oliveira, and NOSi-EPE, represented by the CEO, Carlos Tavares Pina, signed this Friday morning, December 3, the renewal and update of the Protocol for the Provision of Services, signed back in 2018, under which a new regime for the provision of services applicable between the parties was established, covering the entities of the Direct Administration of the State.

According to Carlos Tavares Pina, considering the ongoing process of restructuring and repositioning of NOSi-EPE within the new national digital ecosystem, this revised protocol provides the company a greater operational predictability, thereby improving its ability to address the future challenges of the country's digital transition, both in national cybersecurity and in the new model development framework and national interoperability architecture, envisaging the agility and effectiveness of digital governance solutions, and simultaneously promoting the national ICT private sector.

In the words of Carlos Oliveira, this act is justified by the importance that the Government of Cabo Verde attaches to digital technology as an engine of development and competitiveness, - " We either undertake our future today, as individuals, as companies and as a country, or we shall quickly lose the challenges of that same future, unless we permanently update our infrastructures and strategy for Digital Economy and Governance".
The ceremony was also witnessed by the NOSi team, led by the Executive Director, Mayra Silva, and by the UTIC Coordinator and the Financial and Assets Director of the DGPOG of the Ministry of Finance, Dedier Lima and Adelino Monteiro, respectively.