NOSiNews
President of the Republic visits NOSi and the Technology Park
By:
Edilson Fonseca 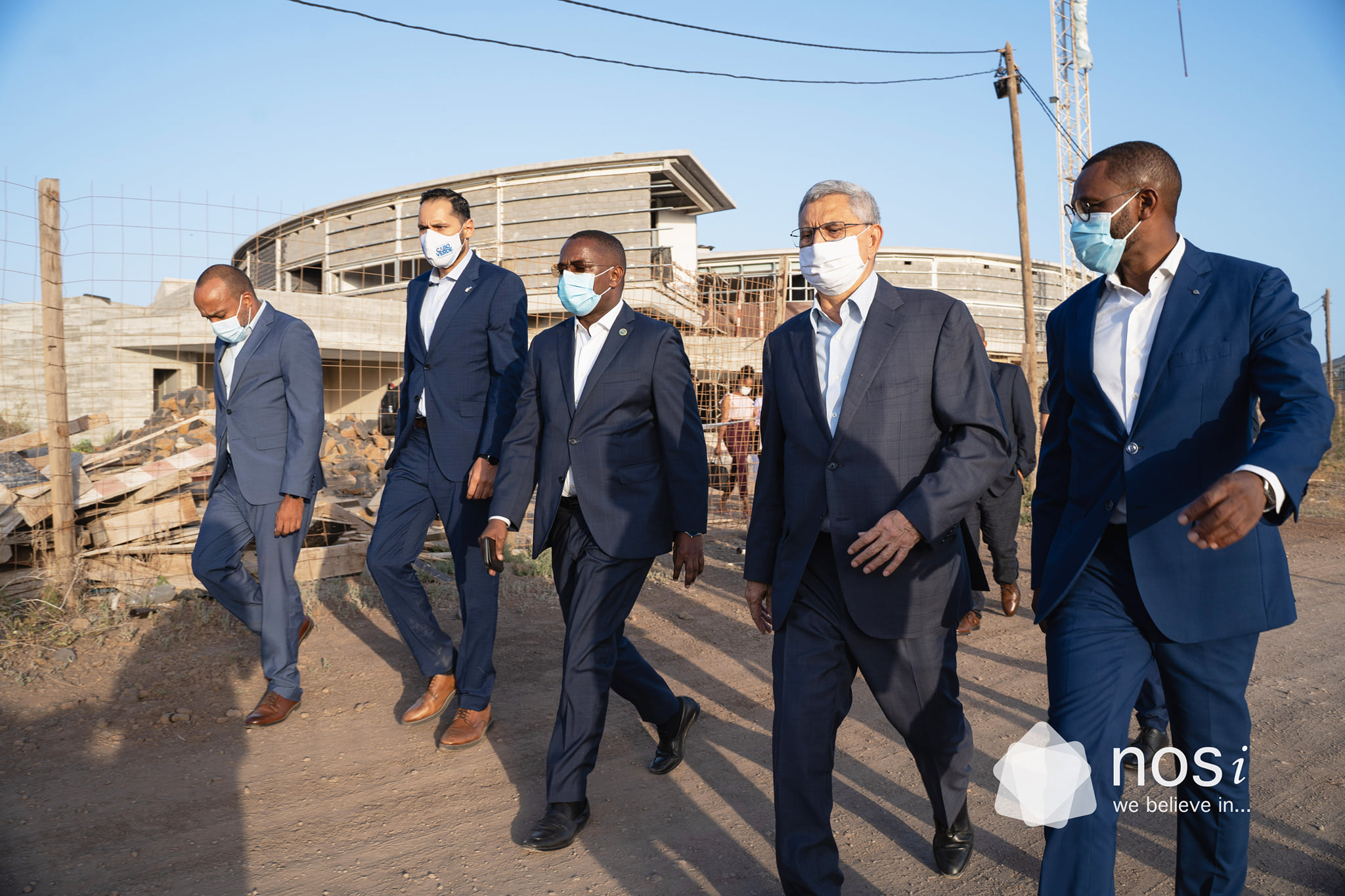 “I am leaving here more convinced that we have ambitious young folks, capable and qualified folks with competence to grow (...) to transform Cape Verde into a truly developed country, a modern economy, competitive for the good of all Cape Verdeans" - President of the Republic, JCF.

The President of the Republic of Cabo Verde, Dr. Jorge Carlos de Almeida Fonseca, made a courtesy visit to the Operational Nucleus of the Information Society - NOSi-EPE, and the Cabo Verde TechPark, on Monday afternoon, October 11. He was greeted by the Deputy Prime Minister, Olavo Correia, by the Secretary of State for the Digital Economy, Pedro Lopes, and by members of the Boards of Directors of NOSi-EPE and TechPark, led by their respective presidents, Carlos Tavares Pina and Carlos Monteiro.

Along this visit, the President of the Republic could attend a presentation on "State of the Art of Cybersecurity in Cabo Verde", made a guided visit to the Technological Park, and joined in the gratuity moment, provided by NOSi in his honor, given the fact that he is currently in final year of government.